Verrado Golf Club located in beautiful Phoenix, Arizona has been the home for our US Based Training since 2005 and once again was our host for the 2019 Spring Training & Performance Camp.
A unique feature of the Bridging The Gap Performance Program is that the Coaching Staff, Players, and Parents make trips throughout the year to various locations to build upon our skills on and off the course as well as to prepare for the upcoming Tournament Season.
Creating a World-Class learning environment where athletes are continually pushing one another is something we take great pride in and making these trips are a key component to our Performance Program and play a pivotal role in furthering a players development.
This year Veronica Mann, Aidian Liu, Bonnie Zhai made the trip and we met up with MCPGA Athlete and Verrado Resident, Jaden August for 10 days of practice and playing under the Arizona Sun. The Parents that accompanied us this year were Chad August, Terry Mann and Carol Zhang. Chad, Terry and Carol played a big role in making the trip a huge success through their unlimited support of the Athletes (and Coaches), and their excellent cooking and driving skills have to get a special mention as they were second to none!!
I have included the 10 day Camp Itinerary for you all to look at and to let you all know that we not only practiced and played at Verrado, but we always manage to include some pretty cool trips for all to enjoy as well. 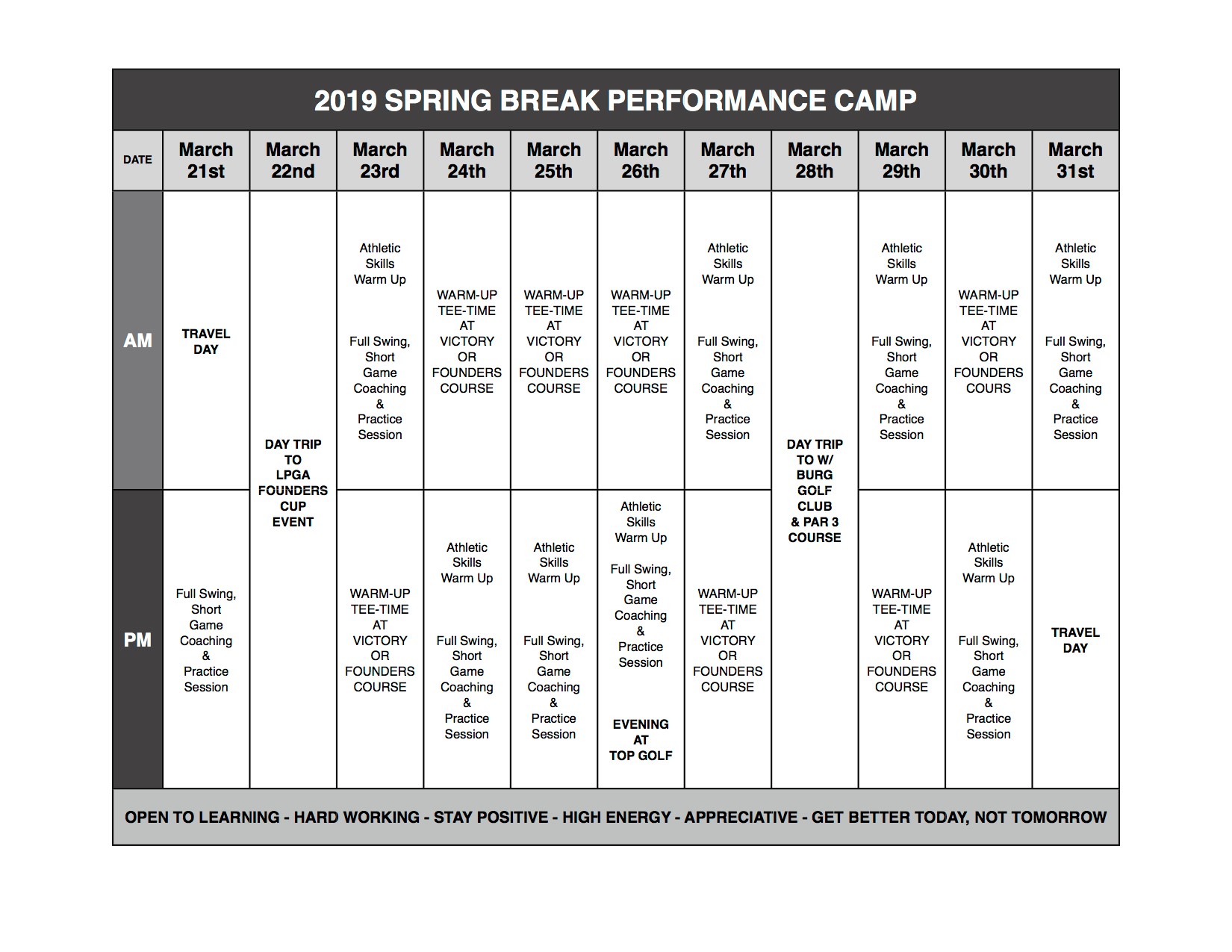 This year we were spectators at the LPGA Founders Cup Tournament played at Wild Fire GC where we got to watch Canada’s very own Brooke Henderson and Alena Sharp, as well as some of the World’s Best including World #1 - Ariya Jutanargaran, Lydia Ko, Syun Park, Minjee Lee, Shansen Fang, and the Korda Sisters, Jessica and Nelly. Our evening trip out was a night out at Top Golf Glendale, which included a Top Golf Glendale scoring record for the 9 Hole Expert Level Game by the amazing Bonnie Zhai. Another awesome day trip was spent at the Wickenburg Ranch Lil Wick 9 Hole Course and the Big Wick Championship Golf Course where Team August/Liu took down Team Zhai/Mann 1 Up in the afternoon Championship Match.
I personally have to thank Jeff Sorkness (Director of Golf - Verrado) and his staff at both the Founders & Victory Courses at Verrado for their hospitality, both Terry and Carol for their continued support, and for Bonnie, Aidan, Veronica and Jaden for having a blast and working hard each day as these camps would never be as successful as they are without all of you being involved. We have only been back a week and the Athletes, Coaches, and Parents are already looking forward to the next "Bridging The Gap" Training & Performance Camp.
Please email Brett Saunders at This email address is being protected from spambots. You need JavaScript enabled to view it. if you would like to receive additional information on any future Training & Performance Camps.
View the embedded image gallery online at:
https://www.morgancreekgolf.com/blog/249-2019-spring-training-and-performance-camp#sigProId55e4e000a5