This month I wanted to dissect the 12th hole, aka Golden Bell, at Augusta National. About a month ago, we watched the best players in the world make some big numbers on a 155-yard par 3. In fact, it played as the hardest hole in the final round with a scoring average of 3.34. What makes 12 at Augusta so difficult?
Let’s take the Sunday pin, for example. From the front edge of the green to the back edge at the hole, the green is approximately 11 yards deep. For those keeping score at home, you have 5.5 yards either way for distance. From that distance, it is difficult to hit a shot in that area with no pressure and no wind! 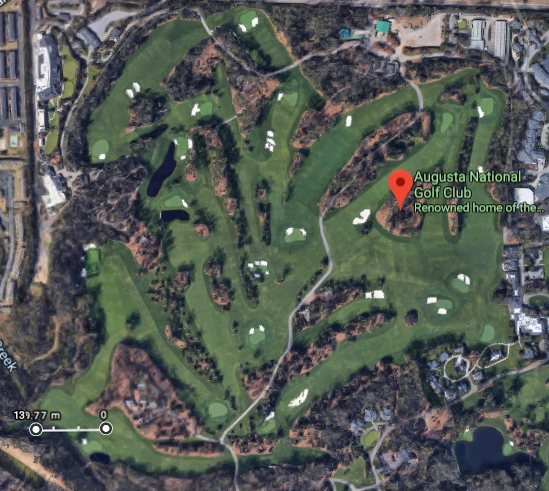 The wind is brutal on 12 as well. It may be windy on the rest of the course but it swirls in the bottom left corner of Augusta National Golf Club. Now, imagine hitting a shot into an 11-yard deep and an 11-yard wide area where you’re, for lack of a better term, guessing where the wind is going.
Jim Furyk talked about the wind on 12 in a recent Golf Digest article. "There’s a lot of times where the 11th green shows a flag with downwind, and the 12th flag shows the wind at you. Of course, more often than not, you can’t trust that it’s downwind, so you play for no wind and you rip one over the green, and that’s a tough 3.”
Lastly, we all know that long of the green is pine straw, bunkers and a chip towards the water and short is a bunker and water, but there’s lots of those on the PGA Tour.

Figure 3 - Each Golfer's Dispersion into 12

The question is: how does it help your game? 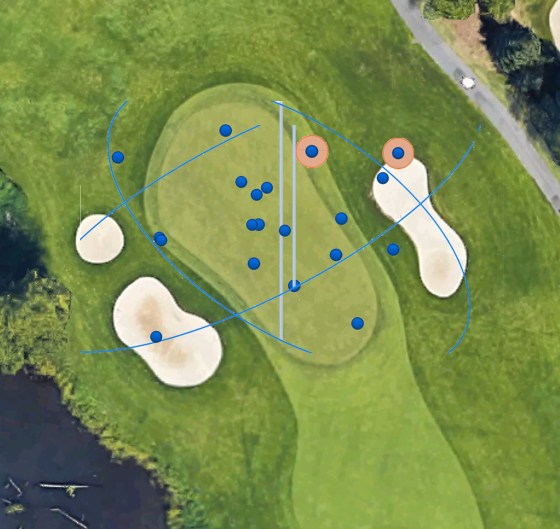 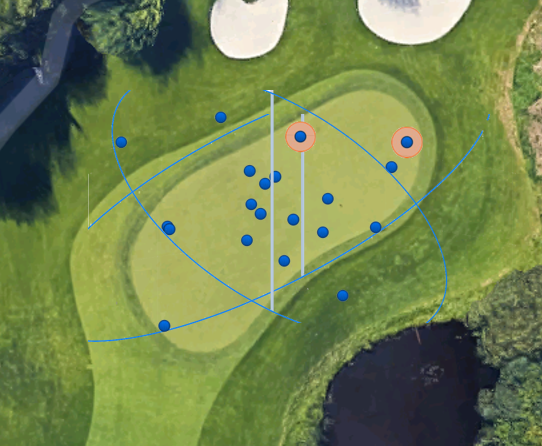 Here is the 8th and 9th green at Morgan Creek, our home. When you have a green that’s shaped for your dispersion, in general, play more to the middle of the green. On hole 8, for example, the solid pull will carry the bunker and the short right shot will be a putt or a simple chip up the green, for a right-handed golfer. On hole 9, for a right-handed golfer, you have to hit a SOLID shot. Short right is the water and long left is a tough, tough up and down. My suggestion: go at the middle of the green (distance wise) at the pin if you have a good number for a full swing. If not, play the ball to miss the green short left as you will have an easy chip.
If you are a right-handed golfer, you should definitely put some wagers on the 8th hole against some lefties! The odds are in your favour!
Special thanks to Scott Fawcett, who made me start thinking about my game and others games in a shotgun pattern and not a dart pattern. Also, to Phil Rowe, who made me think about lefties and righties and their dispersions. Lastly, to Jon Reehoorn who made me think about statistics in an informed way.
-Jonnie Motomochi