Gear Effect with a Driver

It has been just over a year since I started coaching at Morgan Creek and one little thing has surprised me a lot: gear effect, also known as impact location. Essentially, gear effect is when you hit the ball on the face and it spins towards the centre of gravity. For example, a toe strike would most likely result in the club opening up, the ball actually rolling towards the centre of gravity at impact and curving more to the left (for a right-handed golfer) than your swing would indicate. Here’s an example of one of my swings that I hit off the toe. 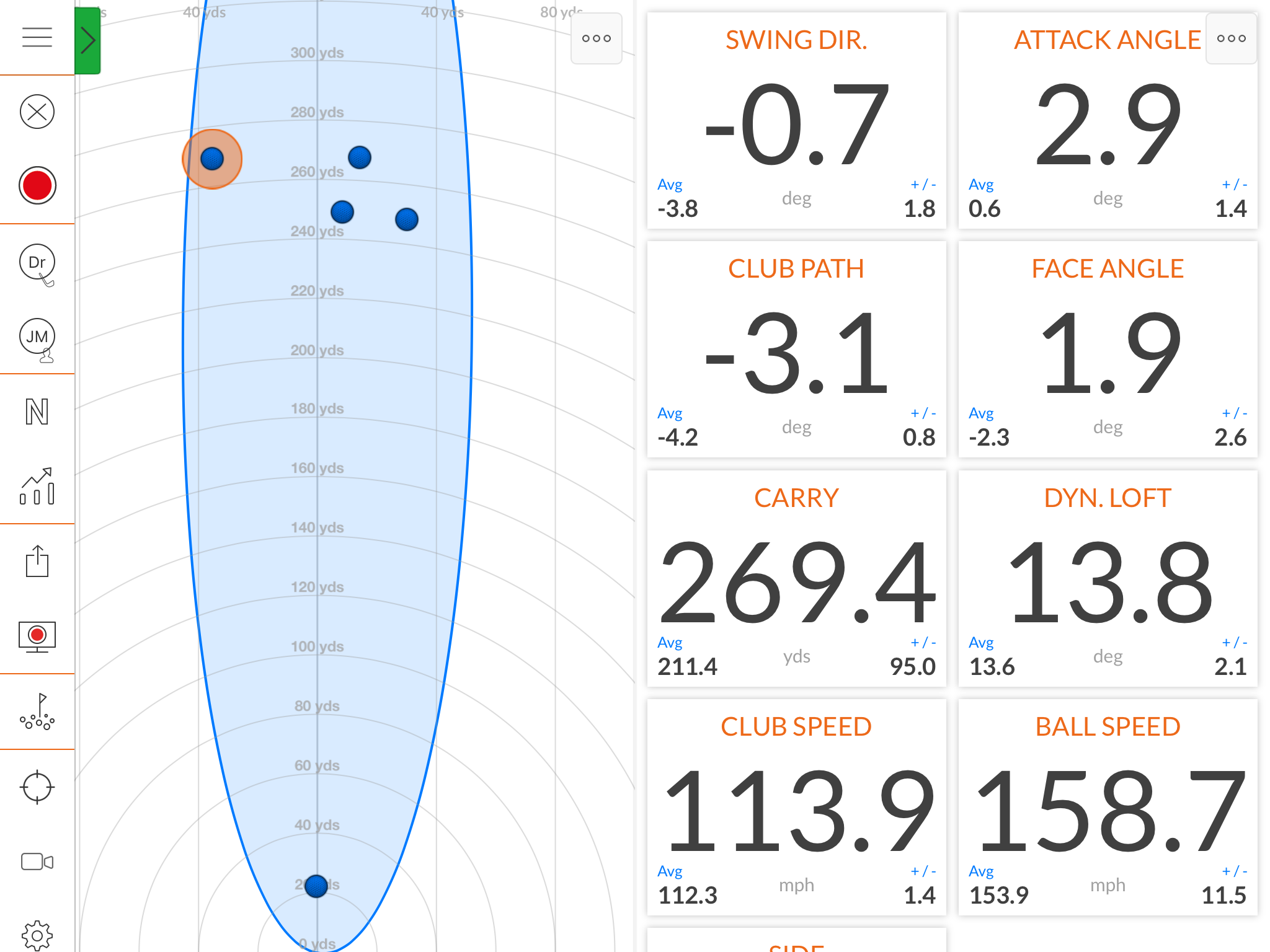 In the picture above, Trackman shows the clubface being positive (right of the target) and the path being negative (left of the target). A centre strike would produce a push fade, however, being that I hit it so far off the toe, the ball spun to the left. Actually, the shot landed almost 40 yards left of my line!

The exact opposite would happen with the heel. The club will usually close, the ball would roll towards the centre of the face and curve to the right (for a right-handed golfer) more than your swing would show. 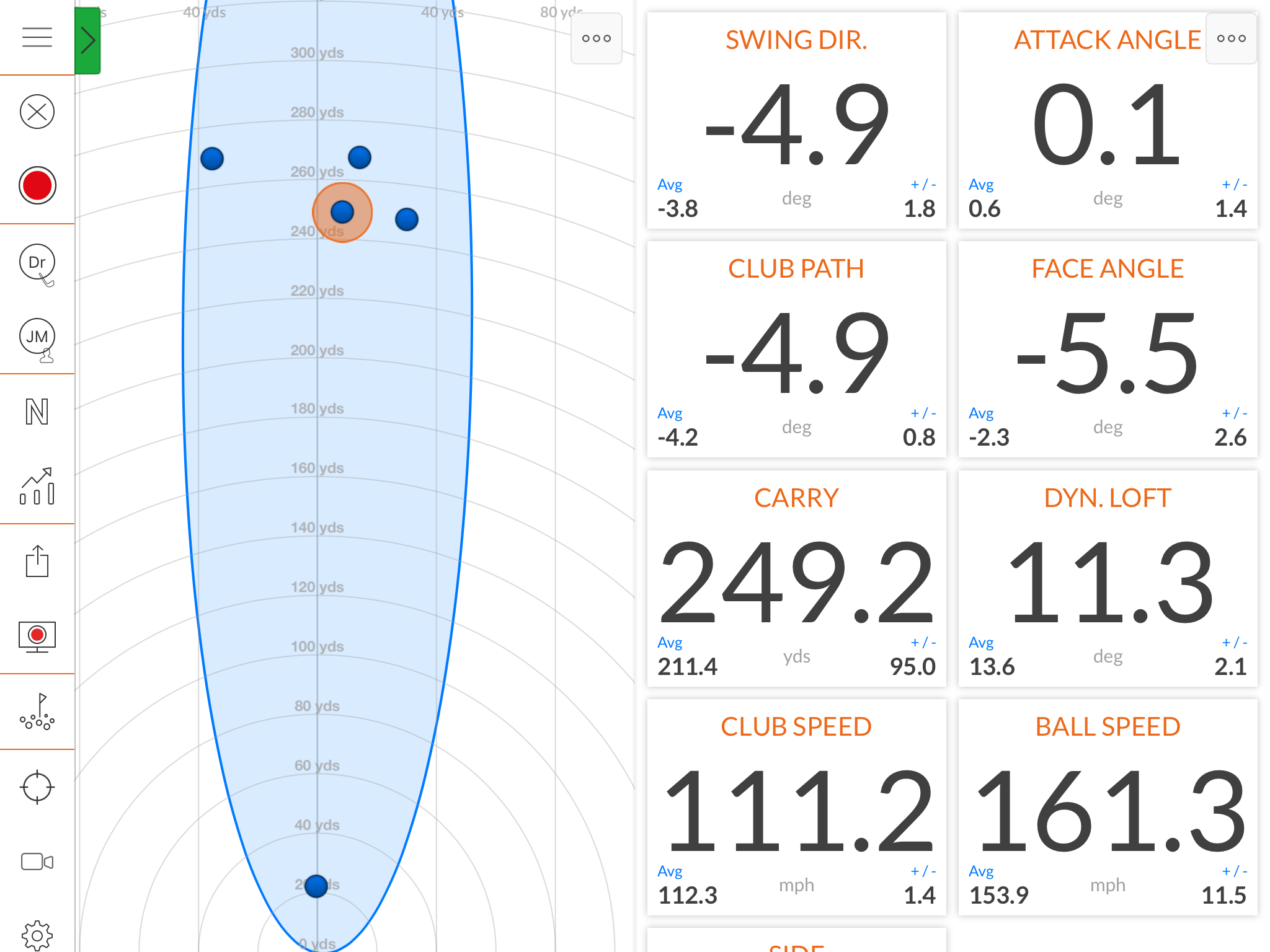 Here are the other three shots I hit and a picture of the impact location for all five. Can you guess which one is which? 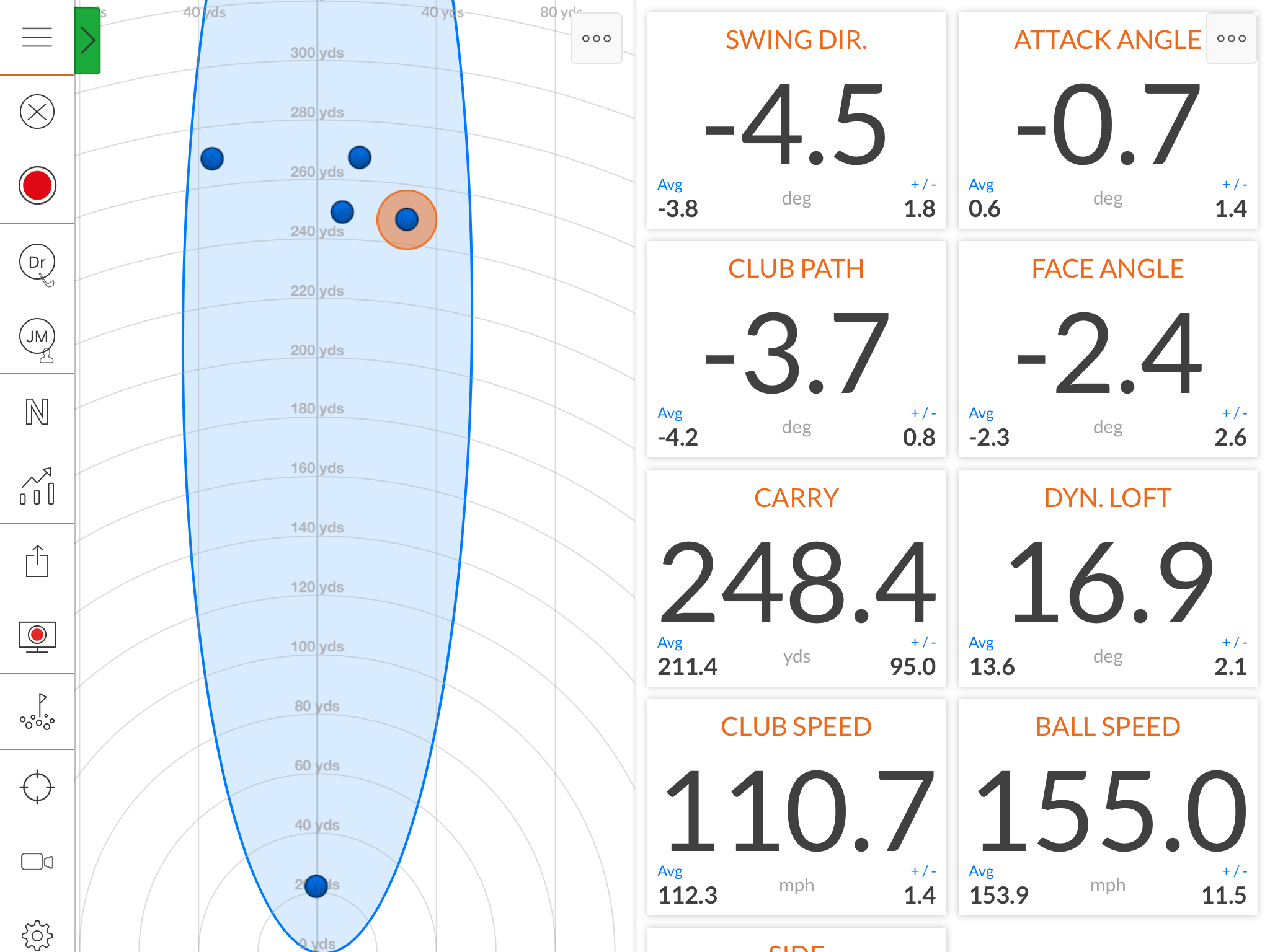 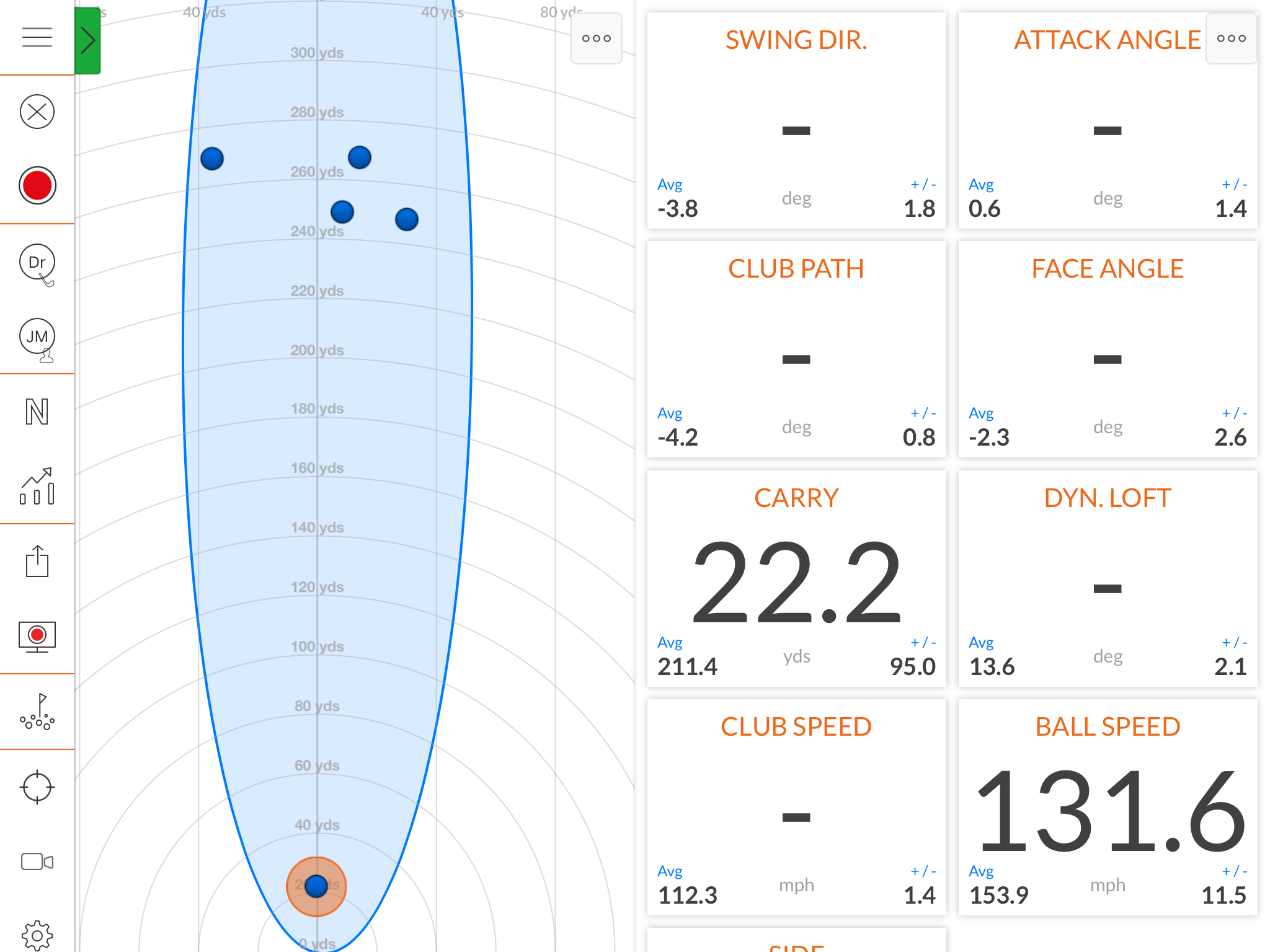 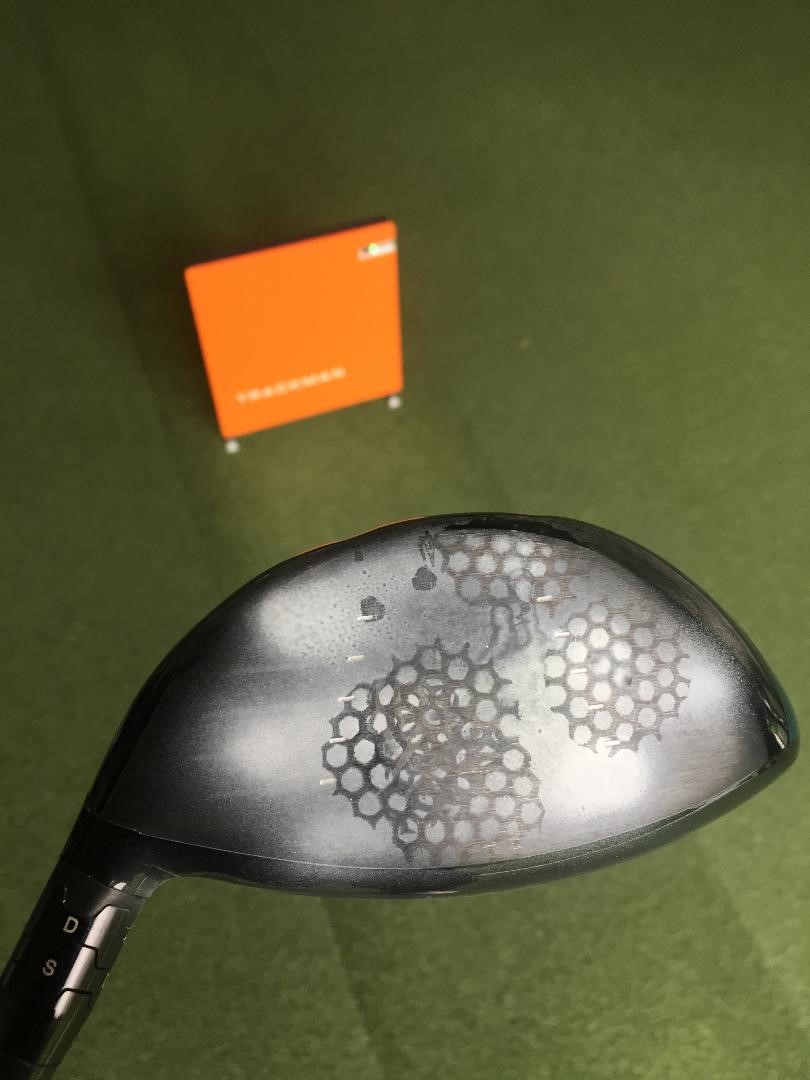 So, before you blame your swing for your ball flight, look at where you're hitting the ball on the face because it might be as simple as hitting it in the middle!

Book your lesson with Jonnie today!  Email Jonnie at This email address is being protected from spambots. You need JavaScript enabled to view it..