On July 20, 2015 18 golf teams comprised of three juniors and one golf professional tackled Olympic View Golf Club for the 2015 Jack McLaughlin Memorial PGA of BC Pro Junior Championship.  It was a great day for the two team from Morgan Creek Golf Course.  We would like to congratulate junior Keaton Cameron, Matt McConnachie, Riley Janssen and golf pro Tim Wilson on placing first in this event, shotting a two net best-ball score of 124 (-20).

It was a team effort by all four players.  Matt McConnachie quotes

"Keaton played out of his mind good. He made everything. I think on the front nine he had 13 putts, and was just walking everything in. Tim was playing well, and Riley always stepped in when we needed him."

For full results from the 2015 Jack McLaughlin Memorial PGA of BC Pro Junior Championship click here. 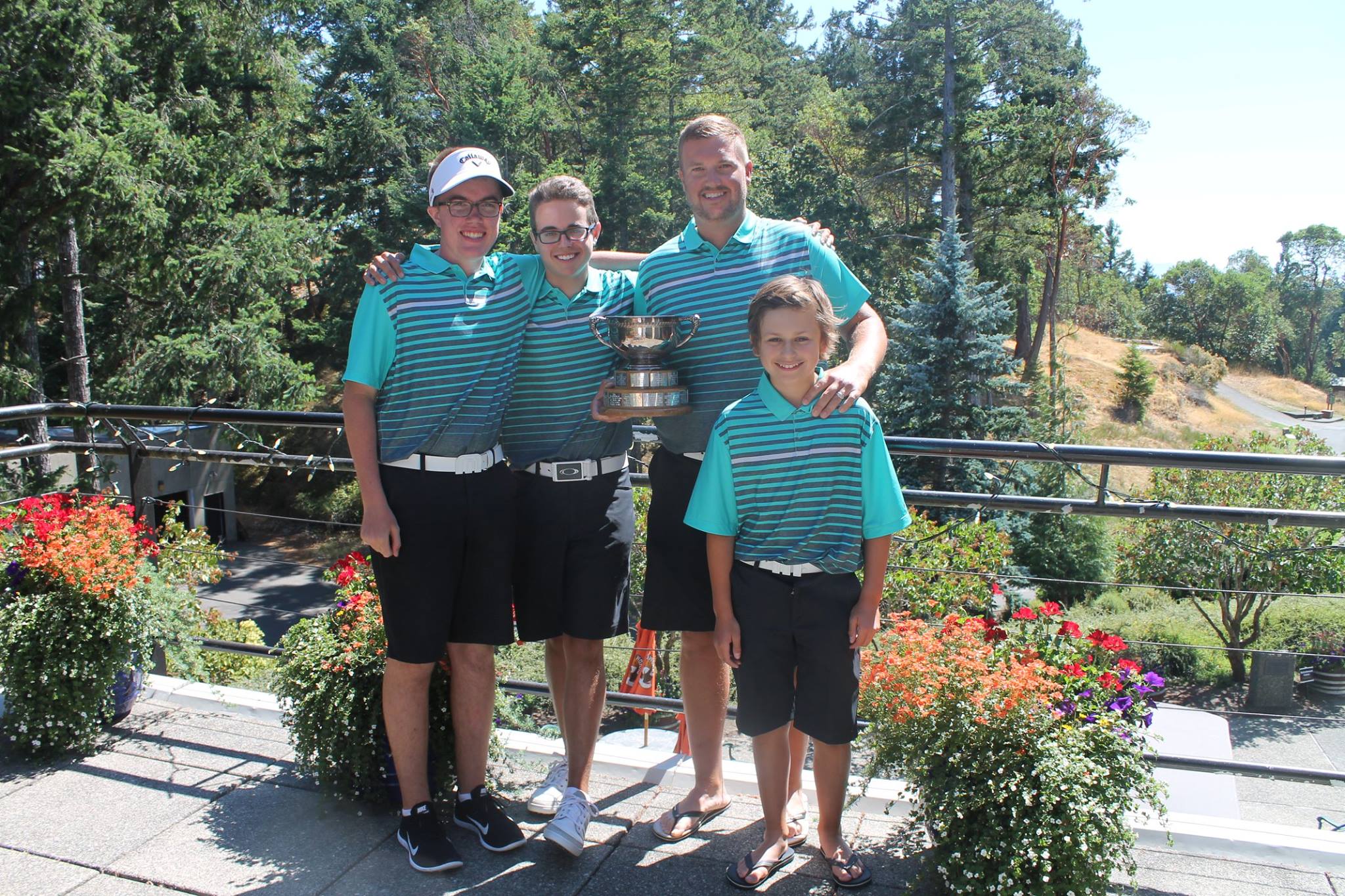