I first met Arnold Palmer in January 1969. We were paired together with Mike Hadlock in the 3rd round, for a 10:30 tee time in the Los Angeles Open at Rancho Park Golf Course..Up to that day, I had never played before a larger gallery which was 20 deep from tee to green...It was difficult to hit the ball off the fairway completely surrounded by Arnies Army.

After the tee shot we hit our approach shots to the green. Arnie was first to putt and left the ball one inch from the cup. Most players would just tap it in to finish the hole, but to our surprise, Arnie marked his ball, looked at Mike and myself and said “go ahead and putt out”. Who are we to argue with the “KING”? So we did and then Arnie putted out from one inch. All of a sudden there was this thunderous sound, almost like a heard of buffalos, as the army was storming to the 2nd tee. Mike and I looked at each other and smiled. As we were leaving the green, Arnie put his arm around both of us and said “guys,from now on I will putt out last”. Over the years, I have watched Arnie treat everyone on and off the course in every walk of life with the same thoughtful consideration he showed to Mike and I on January 11, 1969.

Arnold Palmers contributions to the game of golf, both on and off the course will never be forgotten.  Arnie lives on through his family, friends and peers.

Forever in our hearts. 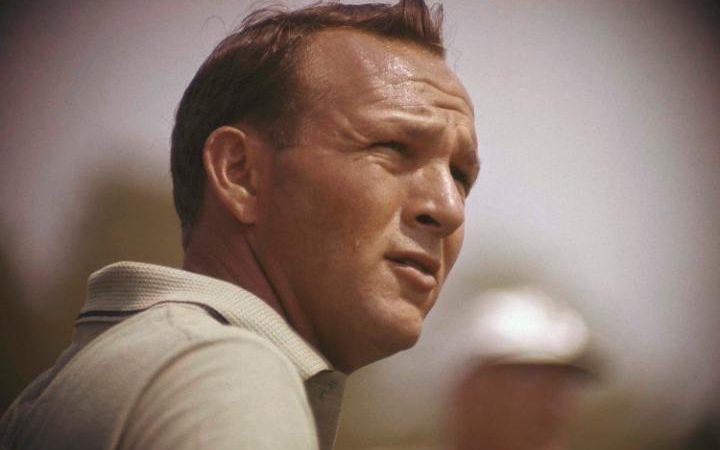